The self-titled EP, Moongangs, consists of 3 songs, I, II and III each of them up to 10 minutes long. These songs were said to be recorded over a 3 month period in 2013. It’s uncanny how many number three’s are involved in this process perhaps like some kind of subliminal message? Who knows. All I know is that the EP is something you’ll want to hear and is available now, on-line to purchase.

Each song has been edited down from over 10 hours of improvised synth recordings and as a result, the self-titled EP Moon gangs has emerged. So how did Moongangs do such a thing? First of all the artist name Moongangs, is somewhat misleading, behind this name and music there is only 1 man making it happen. This is definitely inspirational as nowadays all we hear of is flocks of bands or a solo artist who sells their dignity to make it. Therefore this, is something of an anomaly, hats off to you Moongangs.

So the first track I is definitely an example of a DIY approach to making music. This is evident in the fact that this is definitely something out of the ordinary (Whatever you can call ordinary that is). The track opens with haunting electronics and I don’t know about you but it takes me back to the film BFG, you know, where the giant has a horn that catches dreams… or something? Well this song has a similar chilling yet fun story behind it which you can hear as the track more upbeat.

Following this is track II, which is of the same cosmic sound. The tempo and sound changes so often its quite difficult to determine when the track has changed. Each track is like listening to an entire movie’s soundtrack. There’s the calm opening, then there’s the action and finally the resolving equilibrium, where the sound calms again. In fact these songs are more like listening to an entire movie’s prequel soundtrack.

Track III follows in the footsteps of the two previous tracks. Leaving me with not much else to tell you. Overall, I think the EP does in fact sound improvised which some people would find endearing and although I respect it, I on the other hand find it lacking meaning and a connection to the listener. Although the music sends you to another world, the whole EP has no identity and not just in the naming but in the music as well. 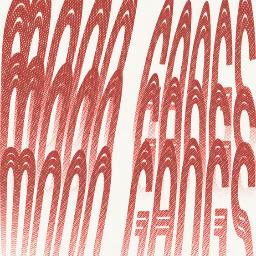 Want to see Moongangs live? You can catch him here: