Back with the release of their seventh studio album, Eric Hilton and Rob Garza are back as Thievery Corporation, with their own take on the Brazilian-born Bossa Nova styled dance music

Starting off with the very chilled Décollage and the slightly more upbeat Meu Nego, Saudade slides into Quem Me Leva, which has a very heavy string involvement. Saudade then goes from the English-sung Firelight into the whispered and mysterious ‘Sola In Citta’.

A little under the half-way mark of the album, the sixth track on Saudade, titled No More Disguise includes orchestral strings, creating a dream like track that is unbelievably chilled. Following No More Disguise is the album titled track Saudade, which is the only instrumental track on the album, which without a signer, makes it a unique and fantastic centrepiece. 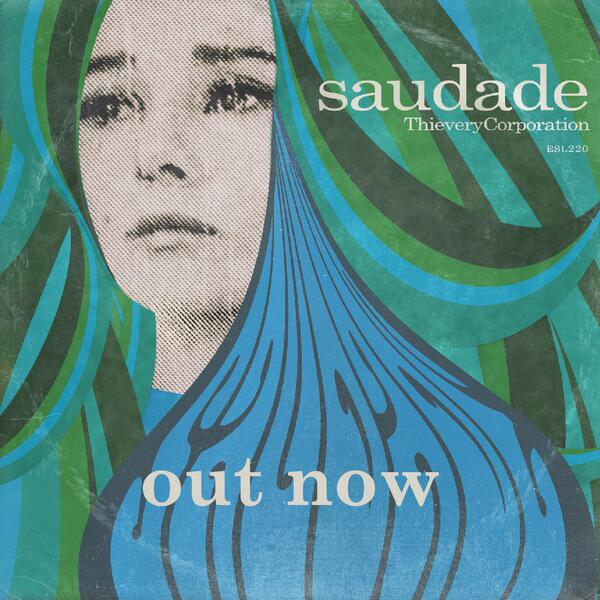 The eighth track Claridad, has a swaying Latin inclusion along with organ beats, which continues the chilled out Bassa Nova style. Going from the Latin style, Saudade goes into Nos Dois, which brings back Karina Zeviani (Meu Nego) into another track.

Just over three quarters of the way through Saudade, Le Coeur is a French lullaby which includes Frank Mitchell Jr.’s stunning saxophone work. Para Sempre with Elin Melgarejo (Sola in Citta) has a much more samba feel than all of the other tracks on this album, which blends fantastically into the next, and second to last track Bateau Rouge, which sticks to the Samba style.

The final track Depth of my Soul is a fantastic ending to Saudade, which Shena Halligan’s moving vocals bringing Thievery Corporation’s new album release to an end.

Overall, Thievery Corporation’s new release is a smooth sounding album that is flows fantastically, bring a relaxing and unique sound will definitely put you in a good mood.

To find out more about The Thievery Corporation, you can visit their:

21-year-old third year Computer Science student at the University of Hertfordshire that often gets mistaken for the Milkybar kid.