You Are Here: Home » Uncategorized » Album Review: Left in the Wake – The Banner We Follow

Album Review: Left in the Wake – The Banner We Follow

Artist: Left In The Wake
Album: The Banner We Follow
Tracks: 10
Label: Independent

Spanish hardcore rockers, Left in the Wake are new to the English rock and metal scene and bring with them something you’ll want to hear, their début album, The Banner We Follow. The album opens with the track the album was named after, of course it’s The Banner We Follow. The song holds potential in its name. It’s an unwritten rule that this song must be the best song, after all it is the song to represent the entire album. So it’s exciting to see what the song holds.

The first thing you hear is roaring screams with so much depth that you’ve got to admire the vocalist and among the instruments the guitar stands out, it’s easily comparable to August Burns Red, specifically the song Marianas Trench, both have the kind of guitar that could lead a whole song and take over the lyrics’ job. The song goes on to reveal joint vocals which in my eyes shows a band with great chemistry and teamwork behind them and all in all this song is fast, heavy and upbeat, the elements any metal head could want and appreciate.

The next song, Silicon Eyes, is the perfect example of the balance between singing and screaming a single sentence. The more I listen the more Parkway Drive vibes I get and as a huge fan, I couldn’t be a happier reviewer now. Although, the screechy guitar element seems almost too high-pitched in this song, like it doesn’t fit. But that’s what draws it out from being original and that’s something I’m always looking out for. Definitely worth some credit.

Dearly Deported follows, this is the song where the melodic aspect is much more apparent and barely ever heard within this genre of music. It’s got a very auto tuned sounding guitar which isn’t quite as raw and aggressive as I’d like. As for the drums, they are spot on – complex, fast, loud. An interval slows the song down as all the other elements are silenced with the odd drum beat to keep it going. This builds climax and the vocals interrupt with an impact. The song then ends on the first bit of real singing, the perfect closure as it’s a taste of what is yet to come. 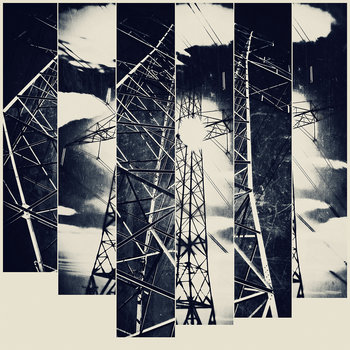 The following song, Insubordinate, starts with a voice over archive talking about the army. It sounds like something out of Captain America but of course this stops and Left in the Wake tear it apart, forcing their own sound upon us. This stylistic shredding almost match the vocals in the foreground making it all a bit too much to bear. Within this song a new set of vocals arrive with a shouting and singing approach. Like Rou Reynolds of Enter Shikari, they are passive aggressive yet they work.

Next up is –..- -..-.-.–  (Reminiscent of Morse Code) which is different! But not necessarily creative as it just comes across random and annoyingly time-consuming to type. This song is where you find the mellow part of the album, everything is stripped back and this is what I like to see from a band. The instrumental intro lingers and slowly picks up tempo while the vocals have switched roles and are acting as the backup noise. The song ends abruptly, like those TV shows (The Inbetweeners) which end at the pinnacle of their series, leaving you only wanting more. Although without knowing these songs back to front it’s hard to differentiate between them, they are very much alike yet they are true to the genre they have devoted their sound to.

And finally we are back with the harsh and heavy as Unscathed begins with quiet screams, you know they are going to be building up to something. And there it is, what we want to hear, those insane drums and guitar riffs that carry an impact. This is an ongoing sound throughout the entire song until subtle vocals silenced by TV fuzz, you know the sound your TV makes when there’s no signal (I assume that’s why it goes fuzzy). And that’s the album over. I feel satisfied and happy to be writing such an optimistic review. They have certainly captured my attention and I look forward seeing them going bigger and beyond their Spanish roots.

As interested as I am? Find Left in the Wake on their